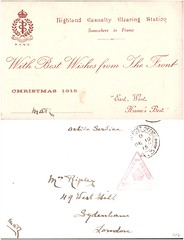 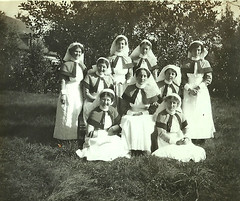 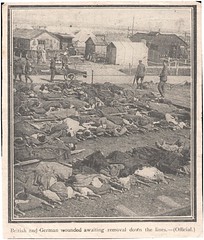 British and German wounded in WW1 - were these the lucky ones? 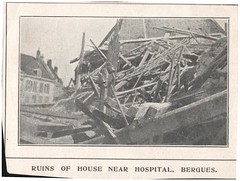 "Ruins of house near hospital, Bergues" - press cutting from British Journal of Nursing, 29 May 1915 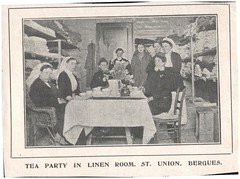 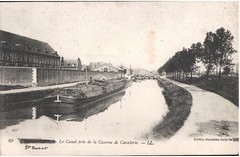 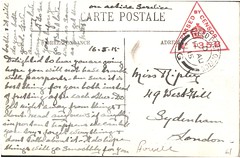 Postcard from Nurse Margaret Ripley in St Omer to her sister, sent 16 August 1915 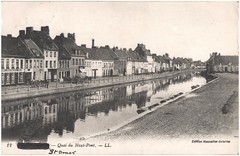 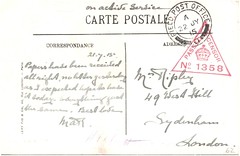 Postcard from Nurse Margaret Ripley in St Omer to her mother, sent 21 July 1915 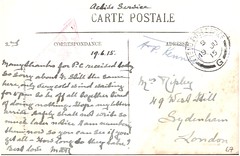 Postcard from Nurse Margaret Ripley in St Omer to her mother, sent 19 June 1915 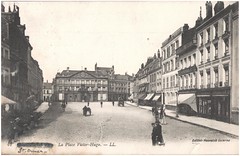 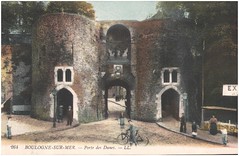 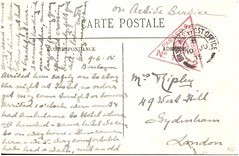 Postcard from Nurse Margaret Ripley in Boulogne to her mother, sent 9 June 1915 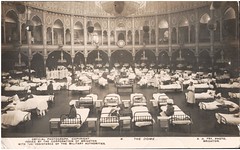 Postcard: Indian WW1 hospital inside The Dome of the Royal Pavilion, Brighton, sent May 1915 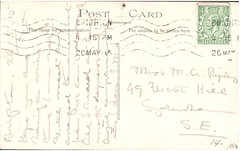 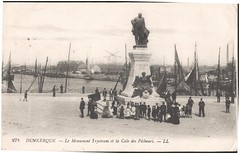 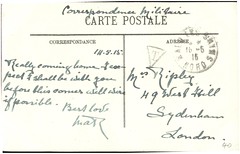 Postcard from Nurse Margaret Ripley in Dunkirk to her mother, sent 14 May 1915 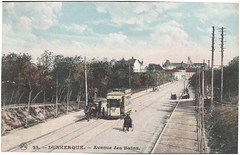 See all the images from this album that are currently online

On 4 October 2011 I bought at auction an album of postcards (also containing a few photographs and press cuttings). All of the postcards are addressed to a Miss or Mrs Ripley. The press cuttings also have the name Ripley on them.

As I research this album and share the images and information on Flickr I have been finding out a lot more about who the people are that sent, received and even are featured in these cards, and I have found that they tell an evolving story of one nurses work during the First World War.

Initially, just from pulling out the odd card and photograph, I immediately knew:
– she was a Matron at Parc Wern Red Cross Hospital (Swansea?)
– she was at the Highland (51st?) Casualty Clearing Station in France
– her family home was at 49 West Hill, Sydenham
– in April 1916 she was on Barge H105, No. 2 Ambulance Flotilla. I believe this may have been at Bergues (there are some fascinating pictures on the barges and hospital wards)
– in December 1914 but also February 1918 her sister was at Nutfield House, Kenley, Surrey
– the cards are mainly ones sent by her to her mother and sister, but others were sent to her from a number of people including I believe one of her nursing colleagues
– there may be a connection to Gloucester

And then after uploading just a couple of images, thanks to research from fellow Flickr folk we have learnt that she is Margaret Adele Ripley, b. Clapham 1876 and in 1901 her parents were living at 49 West Hill Sydenham. She had a brother Philip James Ripley who appears to have emigrated to the USA. There are also records to connect her to Gloucester after the war.

There are about 160 cards in total so I’m sure that there are lots of further clues to uncover. And lots of personal sentiments and intimations of the realities of war, such as the following that I found on a randomly picked card depicting Dunkirk, sent 12 April 1915 from Malo les Bains (now a northern suburb of the town):

“Had a lovely walk yesterday afternoon along the sands & again after tea along sea road & found a garden with daffodils and bluebells all growing in the grass among trees!! The roads and canals would be quite pretty but most of the trees are cut down. The guns sounded very near it is strange how clearly from the sea they carry sound. Love …”