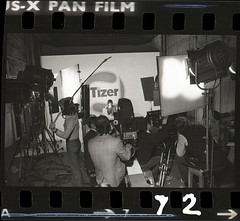 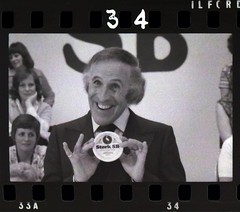 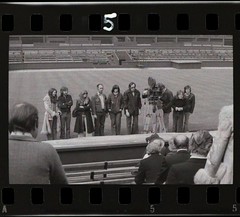 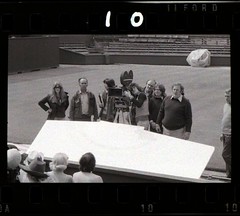 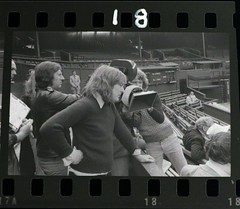 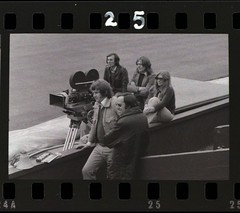 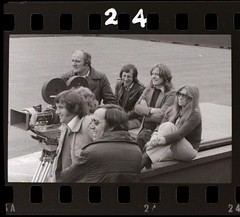 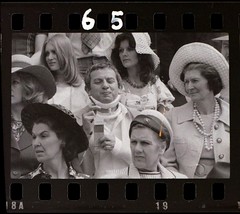 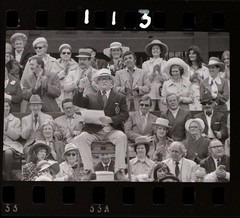 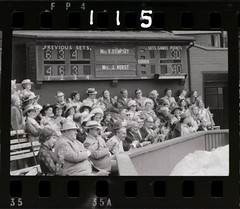 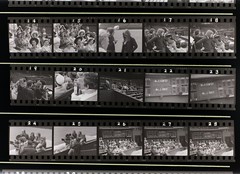 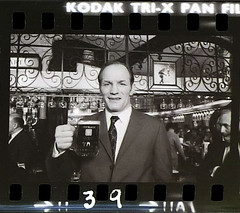 About two years ago I bought a very inconspicuous looking batch of photographic negatives at auction. At the time I didn’t look at them closely, thinking they were mainly product stills, albeit of good quality, and all nicely catalogued with the name of the product on each envelope. I just put in a low bid out of curiosity, and to make sure they didn’t end up in the bin. Anyway, I say batch – they were in about 30 card boxes, some slightly larger than a lever-arch file, others being 10×8 photographic paper boxes, but every one stuffed full of envelopes of 35mm and medium format negatives. My wife was furious!

The reason for this posting is pretty much to test the water, get a little awareness of the collection and see what I might be able to do with it.

Here’s a short clip from the advert

The digital copies shown here (chosen as this week sees the start of Wimbledon) are very rough shots taken with a handheld camera with the negatives placed on a lightbox. The original negatives are superb quality. To give some idea of the scale of the collection: there are 117 negatives from the Wimbledon Hamlet advert shoot, but the collection contains images from approximately 481 shoots, and I estimate about 70,000 negatives in total. They are mostly from TV adverts from the late 1960s and into the 1970s. They are all very high quality, pristine original negatives.

The product list reads like a who’s who of major brands – Vauxhall, Bird’s Eye, Bass, Heineken, Ind Coope, Corona, KP, Cadburys, Hamlet, Mellow Virginia … the list just goes on (so much so that I’ve put them all online). And they are from famous advertising agencies too, such as CDP (Collett Dickenson Pearce)

And there are famous directors too – Alan Parker, Ridley Scott, Terence Donovan – and one of the beauties of the collection is that they show them in action, together with cameras, lighting rigs, sets, props. A real insight into the behind-the-scenes goings on.

As with all my images, I love to share them online for everyone to appreciate. Equally, it is brilliant to get everyone’s feedback and identifications (I’m rubbish with recognising famous people – I’m sure there are loads in these that are currently unidentified).

The most notable issue though is that it is unclear exactly what the copyright situation is on these images. They were taken by a professional company, but would have been contracted by the ad agency, who in turn would have had a contract with the brand (in the case of the Wimbledon ones shown, Hamlet) and probably signed over all rights to creatives made during the filming. Similarly, though less likely, the actors may have retained some rights.

I would dearly love to slowly make this collection public as it forms a remarkable documentary of the heyday of TV advertising. But I fear doubts over rights, and fears of a challenge, might scupper my hopes and the collection will remain under wraps until any copyright has expired.

Answers on a postcard please (or just leave a comment below!). Or maybe that should just read “anyone know a good lawyer?”

This entry was posted in Discoveries, Mysteries. Bookmark the permalink.
Logging In...